A Letter to the Anti-Trafficking Movement

This is a guest post from Anna Carroll, founder and director of LightForce International, a global organization that seeks to create sustainable solutions to injustice. She writes at annamcarroll.com and can be found on Instagram @annamichelle.

A Letter to Modern-day Abolitionists

It’s not about you. It’s not about you. Please know though that I say this with so much love and kindness. I am writing you to tell you that it’s not about you because if you joined this fight, if you became an abolitionist to make a difference, to end human trafficking to rescue people, to stop slavery–You Will Burn Out.

It makes sense for the above reasons to be why you became an abolitionist–you felt compelled to do something. But eventually that sheer determination will only fuel you for a couple of years and then you will become fatigued. Joining a cause to change the world is great but what will sustain you and fuel you is simply just to love people and respect their dignity.

I cannot tell the detriment that is made when those in need of assistance or support are not given the dignity they are entitled. Understanding terminology, statistics, stories and reports are all well and good but if we are not careful they can stigmatize and dehumanize a particular group of people experiencing a social injustice. And then we forget that, that particular people group is made up of unique individuals.

These individuals have their own independent experiences and stories. If dignity for others is a core value that you adhere to in any kind of humanitarian service work, then you will already be combating the savior-complex that can be so prevalent in service work.

I tell you all of this because I made these mistakes early on but never dreamed I was hurting more than I was helping. After all, everyone in the anti-trafficking movement was camped around the mission to stop it. And it is a good reason to fight but it cannot be the main reason we rally.

I believe to fight against human trafficking the approach cannot be reactive but rather purposefully and sustainably approached. I think there is a need for the conversation to change in how we discuss Human Trafficking or raise awareness in the anti- trafficking movement.

While albeit well intentioned, the image or perception of what is happening and how to help has incidentally created an “us vs. them” mentality, in which the practitioners, volunteers, NGOs, etc . . . are on one side of the fight against slavery and the survivors are on the other. When in fact we are all on one side and are ending modern day slavery together. . .

Over the years, I have sat across the table from women and men working in prostitution, women and men in prison, kids growing up in violent communities and later going on to steal to survive, young people trying to dodge gang life and young people succumbing to the pressure of gang life. I have listened to the stories of formerly incarcerated men and women trying to rebuild their lives after serving their time but coming against a society that won’t let them rebuild.

I have sat across the table from people who never thought they would leave home and country and become a refugee dependent on another nation’s generosity. And ALL of these stories and relationships have changed my life. Here’s the thing, there was a time that I didn’t know to think about human trafficking, exploitation in prostitution and pornography, mass incarceration, gang violence and recruitment, child marriage, etc . . . as more than heartbreaking issues of our day.

That is, until I was introduced to people affected by it daily. As I came to know these people-they became my friends. I then not only cared but became passionate to fight against the things that placed my friends in these situations. It was not about a cause, my friends weren’t a social justice “issue” they were living, breathing human beings who at some point had their stories hijacked.

Do you know others who fight human trafficking and other types of human exploitation? If so, send this post to them! 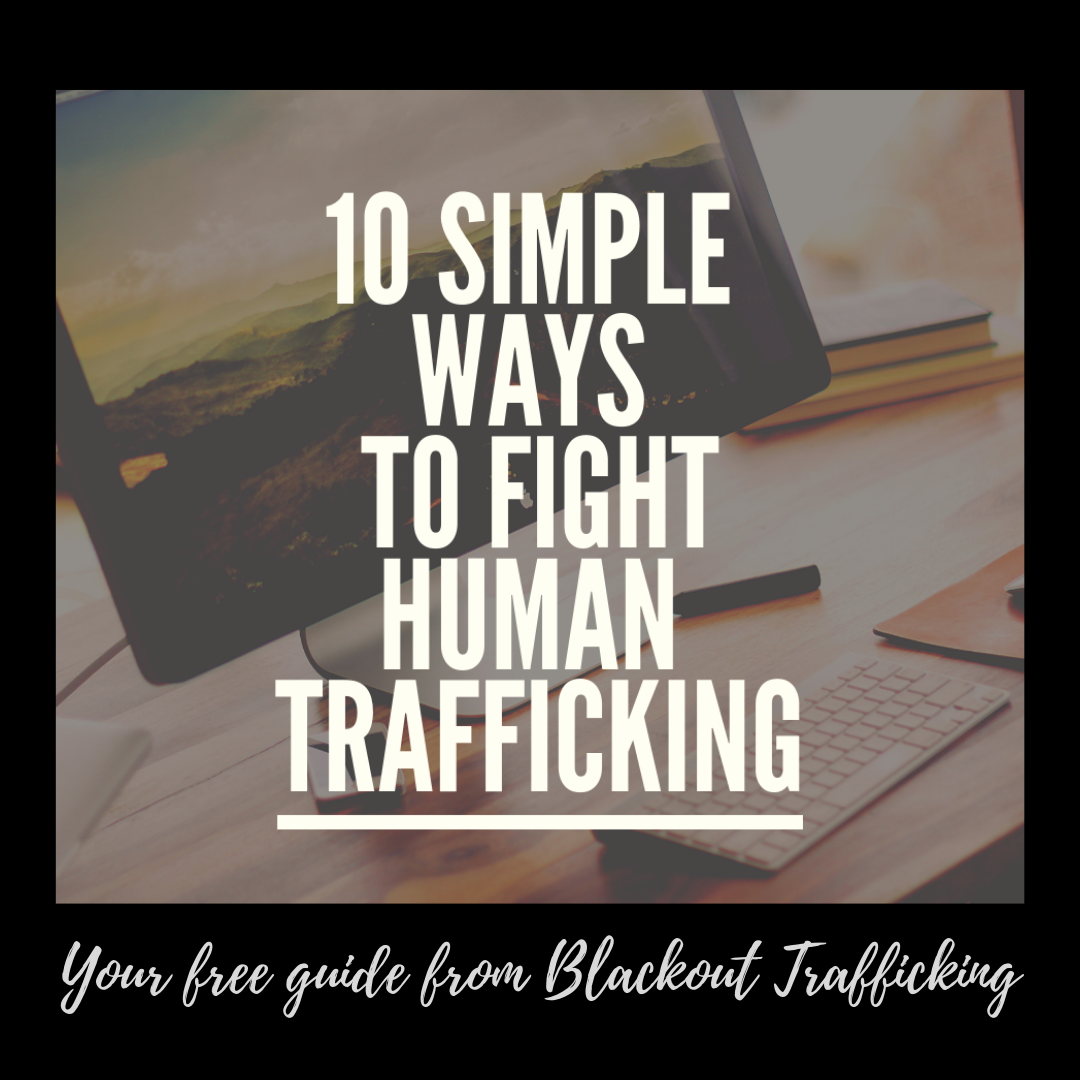 I (Elisa) really wanted to share Anna’s letter to anti-trafficking advocates simply because I have experienced the same thing she has over the last ten+ years and we hope you learn from our mistakes. Don’t do what we did.

I can’t speak for Anna, but I burned-out, needing to practice boundaries and implement a method to keep me on-track. I had to relearn how to advocate without anger, and now teach you how to do the same. I had to learn to love small (like Anna is talking about here) before I love big, and so many other things I’ve had to learn the hard way.

So practice listening to stories of those who’ve been exploited, value them as real people instead of a cause, and honor their voice first as you make plans to change the world. Learn to love before you advocate, and this rising generation of advocates just might turn the tables.

Again, you can read the rest of Anna’s letter to modern-abolitionists, here.

27 Million or 45 Million: Which Human Trafficking Statistic Is True?

Book For Parents Raising Socially Conscious Kids: And Social Justice For All

On Simplifying: Why Breaking My Phone Was a Good Thing

Five Reasons to Keep Voting (Even When Your Candidates Lose)

7 Writers of Hope on Racism

Being an Advocate: What is our Responsibility to Help?