Earth Day: Being Green, Trendy, and Advocating for a Cause

I once heard some very smart person say that the people whose beliefs are most suited for celebrating Earth Day are Christians. Why? Well, because we believe we are given a gift of creation. We are part of that creation which has purpose, while the opposing view is that chance made us part of an earth that apparently exists and is still evolving. Yet, we have a gift we are challenged to be good stewards of. We believe in life. Whether this is saving a baby, saving a whale, or saving a baby whale, it is our responsibility.

On that note, Happy Earth Day!

Now, let me make myself clear. I am not a vegetarian or a vegan, even though I like to shop at farmer’s markets. I believe God gave us this earth to use its resources. But using is different than misusing.

Sure, you can call me a tree-hugger. In fact, in an hour or so I am off to plant baby trees with some teens for fun. Occasionally I use reusable shopping bags and I use cloth diapers on my baby’s booty. I hate pesticides, and harsh chemicals (besides bleach) because I have had bad experiences with them.

Lastly, I grew up in California, where we think the whole world recycles together in perfect harmony.

You see, in California recycling is something kids do for fun on a Saturday morning instead of watching cartoons. We also like to save the whales on Saturdays. Saturdays are busy days back in California. Really, though, I should confess, I can be obsessive about recycling. In fact, just the day before yesterday I was fuming mad because our new recycling service will not take “clam-shells” (the plastic things that strawberries and such come in). The audacity! Don’t worry, I throw them in the recycle bin regardless.

I am far from a green activist, but I would throughout my life I have been more green than the average Joe or Josephine. 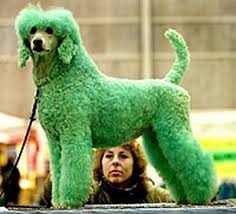 And then, one day I woke up and realized at some point everyone else thought being green was cool. The cheapest shirts I can find for my kids from Target or Wal-Mart have “Save the Earth” printed on them. I remember having a distinct conversation with my cousin about how we were weirded-out that being green became a trend. But, since I like to believe I am at the front-line of the “be green epidemic,” I’ve been okay with it. You see, I don’t mind being a trend-setter.  I only mind being a trend-lager (Which, mind you, is not a type of beer).

Some characteristics of human nature influence the way we are green, besides just flowing down the trend-pipe. Psychology has a term for when everyone doesn’t do something because they think everyone, or at least someone else will. I don’t know what this term is, although I can assure you I have studied it. For example, if there is a crime, and there are many people to witness it, its more likely that no one will actually call the police. Also, in CPR training, we are taught to direct a specific person to call 911, or else that too likely won’t happen.

On a similar, although different stream, humans tend to do another illogical thing I don’t know the term for. This is its example: If I feel like I did a good job running a mile today, I will happily go home a drink a 900 calorie milkshake.

Both of these things can apply to being green. If everyone is doing something for the planet, it’s okay if I am the one not doing something. Or, since I bought Seventh Generation soap today for my kitchen, I can justify cleaning my bathroom with the unknown-ingredient-death-killer cleaner. Therefore, the way the human mind thinks mixed with being green solely for the coolness factor, doesn’t necessarily change much to make our planet better. It might a little; I guess it is better than nothing.

Yet, if you actually care about creation, challenge yourself to take a next step. Especially if your motivation is it to honor God, rather than be part of a trend.

I read this article today that my husband sent me which I mostly fully agreed with. Take a skim:
Green Shopping Won’t Save the Planet

Often, what this article is talking about can be applied to activism in general. Activism is an art. You motivate for a cause, which many people just don’t really care about. They might care, but not enough to really do something about it that is meaningful.

I read a study the other day which was talking about how the whole cause to end genocide in Darfur has almost single handily been brought about through activism. This is amazing! This proves that in our global, technological world, being an advocate for a cause makes a difference and can actually start a global movement. Everyone has heard of Darfur, thanks to awareness campaigns, new organizations that have been birthed, and just everyday, grassroots movements coming from average people like you or me. Even so, the main people who really can make a serious difference, by forcing change, are governments and international organizations. Who haven’t done too much.

Why do I bring this up? Thanks to people advocating for Darfur, there is money, political pressure, prayers, and support networks for those in the Darfur region. The good ol’ activists have made a difference. And, at the same time, for a greater difference to be made, those with the most power (yes, bureaucracies) need more pressure. So, if you want to make a green difference, the same principle applies. You can’t justifiably be claiming to make a serious difference unless you are also trying to create peaceful political pressure.

Okay, maybe you don’t need to write your congressman, but I think we do need to have our veil of ignorance fall off that we can’t just accept this as something cool to do/be. We need to remove the veil which allows us to pose as being trendy green while we really aren’t willing to take the steps which are shown to have impact. I think it is okay if being more earth friendly is not your passion; it’s not mine. But I do want to honor God. Therefore I want to be responsible. And I want to use my minimal greenness to portray to my green friends about how Jesus probably didn’t hate environmentalists (as so many cultural American Christians instead seem to portray, being very anti-“save the earth”).

So, what are the lessons to be learned? Support a cause. Support caring for the earth (although, I highly suggest caring for the people of the earth, prioritizing that). Then take it up a notch. Do something more, something than has more value than just buying an overpriced piece of recycled paper that you can write on and throw in the trash. More importantly, move from just doing or being something because of a trend, to doing so because you care a smidgen. As you do that, you will rub off on other people. These other people might be doing it just because of the trendiness of it at first, but someday they might care about the cause, also.

I am so thankful for this beautiful world God has blessed us with! Let His creation sing of His glory until Jesus comes back again, and makes a new world which will not fall apart on us!

Earth Day for Evolutionists or Christians?

How Politics Pushed Me To Only Buy Ethically Sourced Clothes