Why Should We Seek Justice? International Justice Mission’s Model

I’ve mentioned International Justice Mission (IJM) many times, especially while fundraising for them through the annual Little Black Dress Project.  But while writing something else for you it hit me that I probably have never actually dedicated a post to why seeking justice in the first place is even something we should consider as world changers. Considering, I thought I’d briefly tell you how understanding IJM motto and model of, “Seek Justice,” really transformed the way I strive to make a difference.

Loving just the people in front of you is great! But it misses something.

I’ve always been convinced we should love people. That all people are valuable and in need of this love is without question and at the center of my worldview (if you’d like help understanding the core of your worldview, this might help). But I was very wary of anything beyond just loving people outside my front door, especially if it involved politics. I loved to travel, and travel broadened the reach of my front door so that I saw various social issues first-hand (like extreme poverty).

But I never considered there was something we could do about these bad things besides loving individuals one-on-one.

And then I met International Justice Mission. Okay, I didn’t really “meet” them, but I watched an influential documentary they released about sex trafficking in Southeast Asia. In combination, around that time I also decided to go back to college to study cultural anthropology, but mostly ended up studying social issues instead (back before there were college degrees with titles like “Issues in Human Trafficking”). Through all of this I became aware of things bigger than the people in front of me.

Because of the documentary, I knew IJM’s name, and somehow found myself at a tiny workshop led by an IJM staff member about their organization. My brain grew two sizes that day as it caught up with my heart.

Why did my brain grow two sizes attending the International Justice Mission workshop?

At this IJM workshop I learned how we average people actually can affect change on a larger scale than I had ever considered or had vision for before:

-Mr. IJM Presenter (I’ll just call Mr. IJM Presenter “he” for short) talked about intervening for those on the bottom rung who had no justice–like women and widows whose land was forcefully taken from them, left with no way to survive

-He told me about how they could put pressure on injustice systems, by going to the authority above the ones that were disregarding the law. And then going even higher up until they found officials willing to seek justice–like to change the system so that corruption isn’t tolerated

-He talked about providing resources and training to help those in authority reach those in need–like motorcycles to physically go to victims, or providing training to police on how to enforce laws

My eyes were opened and my brain grew. As the presenter told me about the IJM model for seeking justice, I realized loving the people outside my front door was a beautiful thing, but lacking.

I began to grasp how loving people on a micro-level looks a lot different on a macro-level, and to truly love people in the here and now in front of us, we must consider the larger context. This was probably the catalyst that pushed me to pursue the larger context on so many areas, from community development to sustainable charity and begin to give credence to the power of government and advocate for policies.

I never realized there was a way to love people by changing the system to protect them so they wouldn’t have heartache in the first place.  Now I am not sure we can even do one without the other!

What does seeking justice look like with a pinata on the playground?

Here is an example from something I witnessed the other day:

A pinata broke. Candy fell. The littlest kids were trampled. The kids standing in just the exact right place, or the strongest, or the quickest kids took almost all the candy.

Guess what the parents did for the kids who were trampled? Did they look the other way? Of course not! They comforted those children who were hurt and had the kids who took the most candy (my kid being one of these) share it with those who probably should get at least three pieces. The parents understood what at least some form of justice looked like and immediately applied it to the situation.

Now let’s move this from the playground to something a little more serious.  I wonder, could I comfort the mother of a murdered child if I knew the murderer–a serial killer–was playing ball in my front yard? Could you? I hope not!

In the same way, after visiting mass graves soon after the Rwandan Genocide, Gary Haugen (founder of IJM) had this realization:

“[The Rwandans] did not need someone to bring them a sermon, or food, or a doctor, or a teacher, or a microloan. They needed someone to restrain the hand with the machete—and nothing else would do.” (read more here or check out Haugen’s book, The Good News About Injustice)

Loving people might meaning caring for the individual right in front of you. But it also means we can’t ignore injustice when there is something we can do about it.

And this is why in most cases when there is a pinata, there is a rule in place that each child can get ten items before they have to step away, the parents the enforcers. We try to prevent the pain before it happens.

Of course, we might all disagree on the definition of justice. But let’s work with what we do agree on (which is a lot)!

(If you want to understand the original language and context given in the Bible on the subject of what “Justice” means, I can’t recommend this article highly enough: What is Biblical Justice? Tim Keller on one of the Bible’s most misunderstood ideas)

Once the phrase Seek Justice stopped sounding political and irrelevant to me, Seek Justice became the way I began to view the world. I had been standing in front of a door, thinking it was just a wall I could paint. But when this door was opened, I discovered their was a world to paint.

Seek Justice was at the conception of Average Advocate. It was behind the Little Black Dress Project (here’s why). It helped start a community development organization.  It was intertwined in the DNA of the Northern Virginia Human Trafficking Initiative.  It became part of Jen, and plenty of other do-gooders whose brains also grew two sizes to match their heart, as they now love others by working to change the world on a macro level.

IJM opened my eyes to why seeking justice is such an essential part of loving others, the key to world change and at the root of so many social issues.

So, with that story told, seek justice my friend. Seek justice and the world will never be the same.

Note: IJM is just one of other great organizations that seek justice. They aren’t perfect and while partnering with them in the past, I’ve had a few everyday frustrations with them.  But I appreciate International Justice Mission as they inspired me to consider all the amazing things we world-changers could do and I love their dedication and work!

Check out this post, A Voice Cries: How World Changers Can React To Current Events in the USA, about considering justice in the context of the current political and racial fighting

If you are interested in discovering what motivates you, try out the coaching tool below, the first step in knowing yourself so you can find your best fit as a world changer. 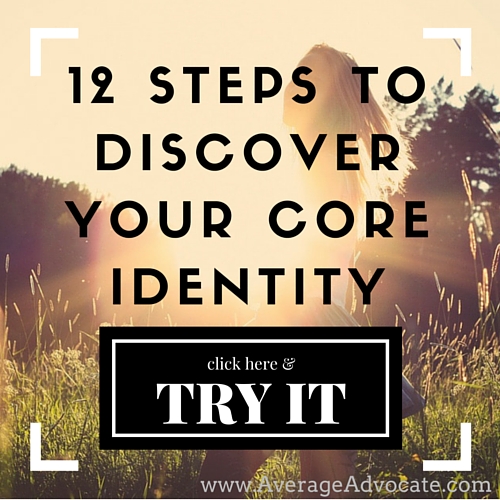 How to Help: Afghanistan

Still Making A Difference In A Pandemic Through A Dress