Trailblazing with Freedom Hikers and Get Outdoors for Freedom

A few months ago I had a great conversation with Laura, founder of Freedom Hikers. She told me how she was overlooking a beautiful lake in the Cascade Mountains and just knew that she would take others hiking to that same spot to bring freedom to those oppressed by human trafficking. As this year our theme with the LBD.Project 2019 was “trailblazing freedom,” not only was I inspired, but I wanted to get as many of us connected with what she is doing with Freedom Hikers and Get Outdoors for Freedom as possible.

What is Freedom Hikers?

Laura started Freedom Hikers a little less than two years ago, deciding to take a group hiking twenty-four miles over one day, initially fundraising by asking them to pay $200 to do the hike, and then coaching the participants on both fundraising and endurance hiking. She partnered with Rescue:Freedom International, an organization that combats human trafficking in eighteen countries by facilitating the needs of local programs, including prevention, rescue and restoration work.

Fast forward to the present, and together Laura and her hikers have raised over $150,000 to trailblaze freedom. Laura has since been hired by Rescue:Freedom to better serve their organization and they are opening new endurance hikes in the U.S. West, in Utah, Oregon, and Yosemite. They are also starting their first run and Get Outdoors for Freedom.

(Personally, I thought this was awesome, so I got her connected with my local hiking friends to open one in the San Diego region–let me know if your interested and we’ll keep you connected for when that goes down!)

Get Outdoors for Freedom

I know what a lot of you are thinking–you don’t really hike–at least not like that!

This is why Freedom Hikers is starting something new for us everyday people to get involved in (including kids). This week, Saturday, May 18th is their first Get Outdoors for Freedom campaign.

Essentially, this just means people hike where they are on that day or in some way or another get outside. They post a picture of themselves on social media with the hashtag #GetOutdoorsforFreedom and donate $10 to Rescue:Freedom here. The continues to create awareness about human trafficking, and helps get donations for what Rescue:Freedom is doing around the world to end modern slavery.

This is what we do everyday in March with the LBD.Project, but in this case, it is just once, for one day, this May. What I love about it is that with the LBD.Project we figuratively trailblaze freedom. But with Get Outdoors for Freedom, we can literally take the action of trailblazing to bring freedom to those who are exploited through human trafficking.

How You Can Get Outdoors For Freedom This May

Personally, I had planned to go hiking up a local mountain at sunset with my kids and some friends, but this last week I broke my foot. I am pretty bummed about this (I am a wannabe hiker and have been so excited about Get Outdoors for Freedom since I heard about it)! I guess I’ll just hobble around on my crutches as long as I can!

I think I won’t feel so bummed by this if you guys hike wherever you are with me–just tag me in your post so I can see your feet moving on behalf of my limpy foot. Pretty please, will you take a walk, hike, go play at a park or BBQ at the beach this Saturday for me, joining with Get Outdoors for Freedom? Oh, and don’t forget to invite your friends and family to come with you!

The genius of things like Get Outdoors For Freedom is that everyone can actually be involved and things like this. Believe me, they actually do create a tipping-point to bring freedom.

Want something to post? I am still trying to track-down the poster in all their Instagram pictures, but until I do, you can just draw a red butterfly on a piece of paper. Be sure to add the hashtag #GetOutdoorsForFreedom and hold it in the picture of you outdoors for freedom for what you post. You can also download a posters to print or use one of the Rescue:Freedom social media images by clicking on the Media Kit here.

The story of Laura and Freedom Hikers is amazing, especially because it is an example of an ordinary world changer stepping out in her normal life to do what she can. We can join her as a Freedom Hiker or with Get Outdoors for Freedom. But we can also look around us, where we are, with what we have, and use it to change the world. For me it was a little black dress. For her it was hiking. What can you bring to the table? Whatever it is, it isn’t too small! 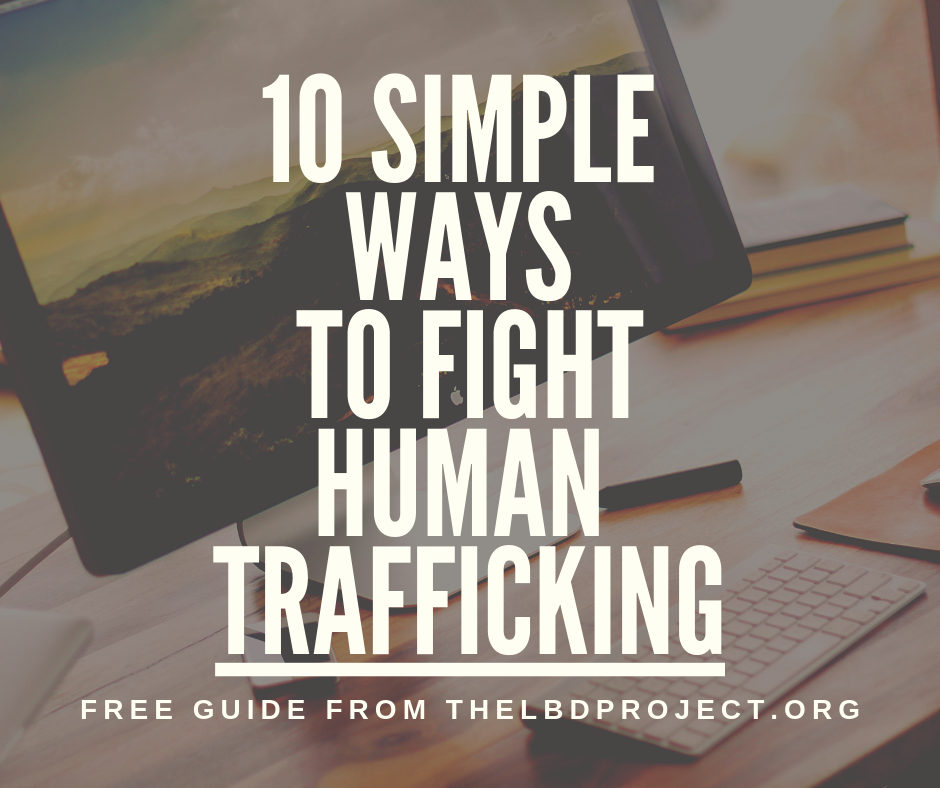 It’s Your Choice: Going All In or Not?

What Being Brave, Investment and Storytelling Have In Common

Surely in some universe it is Sister-In-Law day.

Somewhere down that hallway, the nurse asks me to

Guess where I found these cuties? A little known

If you could have more of one of these things--tim

What is a refugee? Well, I am not one. But it isn

What did you do today that you only did because yo

Are these fair trade earrings? Not this time. But

"I came to realize that justice does not consist o

This boy turned eleven today! He's a favorite of m